Gavin Bryars will talk about the works that he has written and performed over the last year or so, some of which was written in Metchosin last summer. This includes 4 ballets, and a large scale choral work, eleven settings of Samuel Beckett’s poetry (The Beckett Songbook), half of a Sixth Book of Madrigals. He will also play examples of his performances in Adelaide, Lyon, Enniskillen, Munich and Bordeaux as well as material from the further productions of his opera Marilyn Forever (premiered in Victoria two years ago) in Adelaide and Los Angeles. 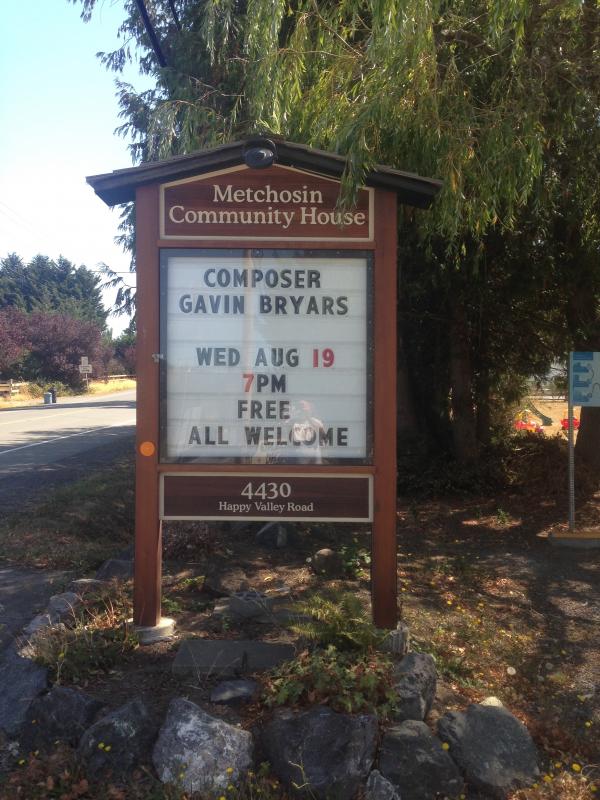