A performance by the small acoustic verison of the Gavin Bryars Ensemble (electric guitar, viola, cello, bass) with tenor John Potter at the small but elegant Goldmark Gallery in Uppingham. The gallery has presented a wide range of music for some time, both classical and folk, in an intimate environment that, with a capacity of around 60, gives an unusual directness to the performance – with the audience a few feet away, there is no place to hide…

It is hoped that this initial concert will be the first of many. I certainly see it as an opportunity to present vocal and chamber works (a maximum of 6 musicians, often fewer, and without piano) and even to try out new works away from the pressure of a commercial environment, and in a visual art context which has always been important to me. My conversations with Mike Goldmark have shown me that we have much in common.

The Flower of Friendship (2009) electric guitar, viola, cello and bass 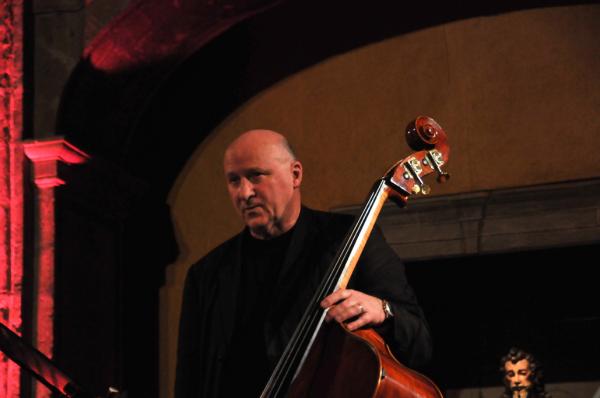