Lyon, Angers, Le Mans and others

Biped is one of the most successful dance works created by Merce Cunningham, with music by Gavin Bryars and design by Paul Kaiser and Shelly Eshkar. After Merce’s death in 2009 the company continued to tour the work, along with other works in the repertoire, until the end of 2011.

Biped was subsequently licensed to the Bavarian State Ballet, who gave many performances in Munich, as well as one in Rouen. For all these performances the music was played live, as will be the new performances. The musicians are: Gavin Bryars, keyboard/bass; James Woodrow, electfric guitar; Audrey Riley, cello; Morgan Goff, viola.

The work is now licensed to the National Dance Company of Angers, France. As with all the licensed performances, the dance is directed by Robert Swinston, long time associate of Merce.

Biped will be performed along with Merce’s work Beach Birds, with music by John Cage, played by the same musicians.

There are several performances from September onwards, with further performances probable in 2019, the centenary year of Merce’s birth.

After that, we have strong options for: 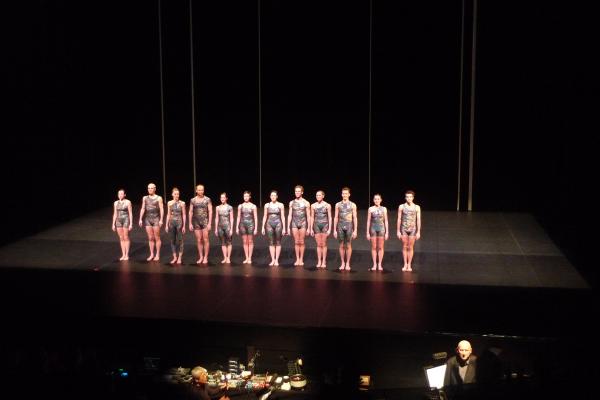