New York Premiere of The Fifth Century performed by The Crossing with Prism saxophone quartet, conducted by Donald Nally. This was first performed in Philadelphia in July 2014 and recorded there, along with Two Love Songs for female choir, for release on ECM Records. The Crossing is, to my mind, the finest choir in North America. 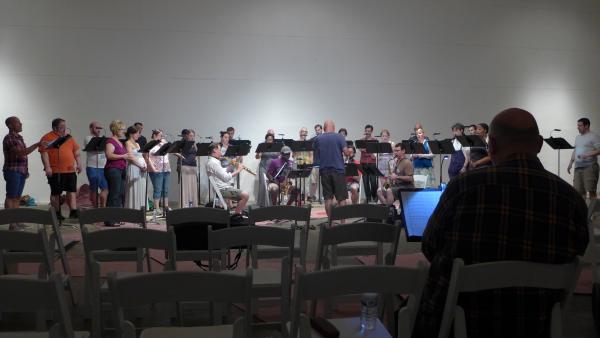