The original version of Mr Ray Sharp and Miss E Flat is set in the 19th century in a remote Swiss village but this version is transposed to the present day, and to a location in a remote Scottish island.

In the original story there is a Swiss village whose church had an organist who was known far and wide. As the organist gets old and deaf he stops playing and the church organ falls silent. One day, organ music is heard from the church and it transpires that a mysterious Hungarian organist/composer has arrived in the village. We eventually learn that he wishes to develop a new organ registration, the “voix d’enfants”. He visits the village school and explains to the assembled children that each child has his or her own note which is peculiar to them and when they sing that note, there is a special resonance in their bones. He gets the children to sing, and makes a note of which pitch is peculiar to them.

There are two children who appear to sing the same note – one boy sings D sharp, and a girl sings E flat. However, he explains, that while these notes appear to be the same, they are arrived at from different directions in the harmonic cycle of fifths. Instead of getting back to the original note when you go round the cycle, there is a slight difference so that E flat and D sharp are not quite the same  – the difference is the “Pythagorean comma”.

The teacher builds up to a huge performance when the will demonstrate this with the organ, in which each child is in a different organ pipe, and will sing his or her note when the pipe is open.

The night before the planned demonstration, the boy has a nightmare. His note is approached in such a way that it should be not D sharp but, rather, E flat and he wakes in a sweat. The boy’s dream is absolutely terrifying. His whole identity seems to be at stake. He is suspicious and uneasy about the strange teacher musician; he is fearful of the changes that are taking place and he senses that adults are manipulative and exploitative.

He goes to the performance only to find to his huge relief that the two musicians have disappeared without trace. Why did they come and why did they leave? He will never know

Many years later the children grow up and Master Ray Sharp and Miss E flat get married and live a long and happy life, and the only difference between them is the Pythagorean comma…

Blake has adapted the story and we set it on a fictional Scottish island. As in the Swiss village, the setting is remote and there have been few outsiders on the island. Although it is small, the island does have a church – with an organ – and a small school.

I have written three pieces for children’s choir as well as a number of organ pieces.

The music was recorded by the children’s choir from Oakham School – the Jerwoods Choir from the Lower School – directed by Peter Davis, Director of Music at the school, and organist Thomas Chatterton (who happens to be getting married in New Zealand on the day of the broadcast!).

Photographs of the recording are by Rupert Conant. 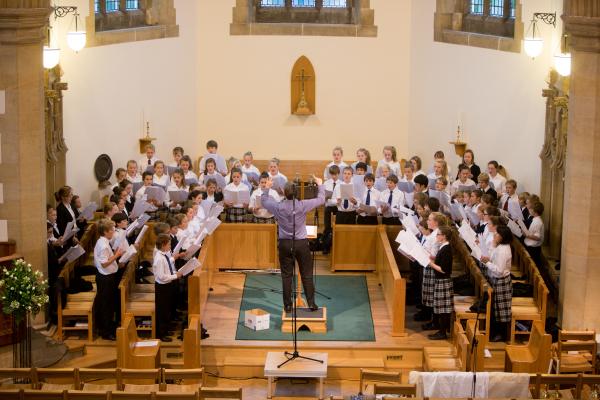 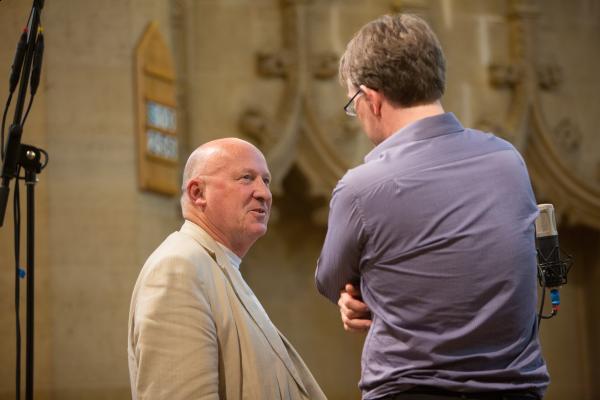