Some time ago, in March 2016, Josh Tillman got in touch with me through the pianist Thomas Bartlett. Thomas plays on most of the tracks on the new Father John Misty recording and he asked our mutual friend Iarla O’Lionaird to contact me and see if I would be interested to work on a song for him (Thomas plays piano in Iarla’s extraordinary group The Gloaming). I was interested and Josh sent me a recording of one song, Leaving LA, with just voice and guitar, to which I would add string orchestra. We exchanged many emails in the intervening weeks and in due course Josh asked me to do an arrangement for a second song, Pure Comedy. I suggested that for this song we would use a different ensemble – female voices, two saxophones, three French horns, two trombones and contrabassoon.

In August, during the period when I live on the West coast of Canada, we made recordings of both pieces at Ocean Way Studio 1 in Hollywood. I flew down from Victoria BC and conducted the ensembles in the studio and was given rock ‘n’ roll royalty treatment: business flights from Victoria, cars at each end, suite in the Chateau Marmont – located on Sunset Boulevard, as was the studio.

From the outset, Josh didn’t want to hear draft versions of the arrangements, or synthesised mp3 files, but preferred to wait until he heard everything in the studio, which I though was incredibly brave – and also very risky, but trustful.

Some of the musicians we used had played in the Long Beach Opera production of my opera Marilyn Forever. The cellist Timothy Loo had fixed that ensemble and I asked him to get the musicians for these sessons. So Gavin Templeton (who played sax in the onstage band), Ian (whose bass I had used for the first night and who played the second performance) as well as one of the viola players and Tim himself were all in the studio band. And it was a big surprise that Jamie, who had sung one of the Marilyn solo arts in the Long Beach performance, appeared as leader of the backing vocal trio…

I felt that the recordings were very good and worked well for the songs, and I was completely happy with the results  and wait with interest to hear the final abum… 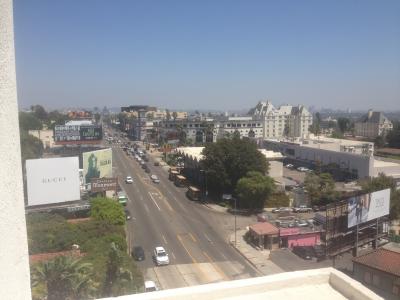 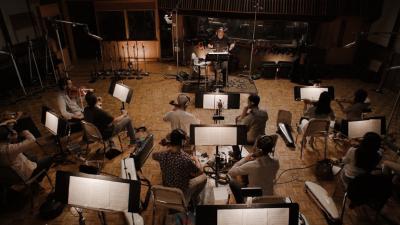