One of the many pleasurable aspects of the tour was the way that the ensemble was able to be together socially as well as in performance. In Prague, for example, we were invited for lunch at the British Embassy by the ambassador Sian Macleod. The photograph taken on the terrace, which overlooks the city, shows the band. From left to right: Morgan Goff (viola), Nick Cooper (cello), (Chloe Hanslip – violinist performing separately in the festival), Dave Smith (keyboard/horn), Orlanda Bryars (daughter), Gavin Bryars, Ziella Bryars (daughter), Salvatore Caruso (Ziella’s partner), Alex Tchernakova (daughter), Yuri Bryars (son), James Woodrow (guitar), Philip Jeck (turntables), Martin Allen (percussion). Viola player Nick Barr is missing from the picture as he arrived on a later flight… 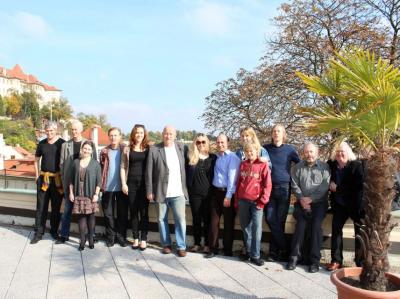 The second photo is of Gavin Bryars and the British Ambassador, Sian Macleod, in the garden of the British Embassy. 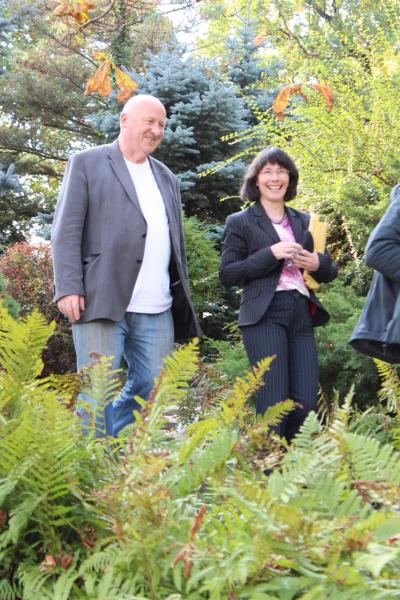