I attended, for the first time, the annual ‘Pataphysical New Year’s Eve dinner in Paris this year, where along with The London Snorkelling Team, I performed a sequence of short pieces, being The Musical Illustrations to Sherlock Holmes’ Treatise On the Polyphonic Motets of Orlando di Lassus. During the evening there was a ceremony in which I was elected Transcendent Satrap, the highest order within the Collège: having been a Regent (of Holmèsologie Musical et Hyponoïa) for the last 15 years or so and a member of the college for over 40 years. Previous Satraps in the college’s history have included Marcel Duchamp, Man Ray, Jean Ferry and curent ones include Umberto Eco and Fernando Arrabal, who was with me on stage. The citation was read by Thieri Foulc and he, along with Arrabal and Paul Gayot made up the group with me on stage. The presentation followed our musical performance and then we had dinner, where I sat with Her Magnificence Tanya Peixoto and Alastair Brotchie, who runs the London Institute of ‘Pataphysics (The Snorkelling Team is the offical orchestra of LIP). 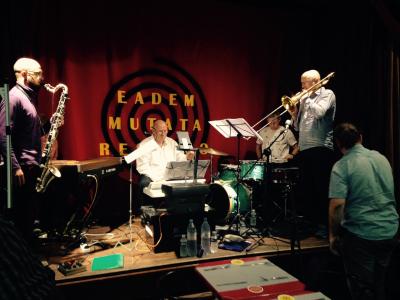 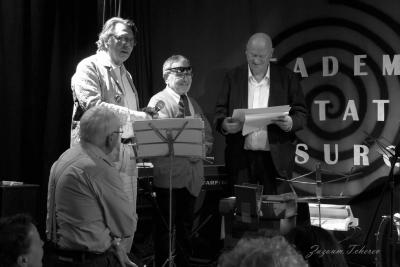 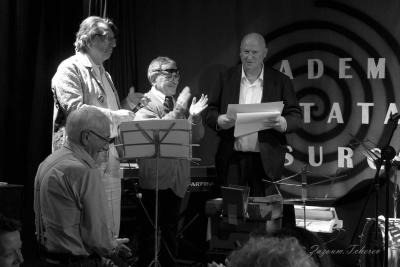 4 Her Magnificence Tanya Peixoto, with Ornella Volta, Head of the Erik Satie Foundation, to left. GB has been British Ambassador for the Satie Foundation for many years. 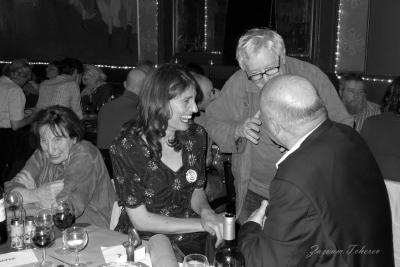 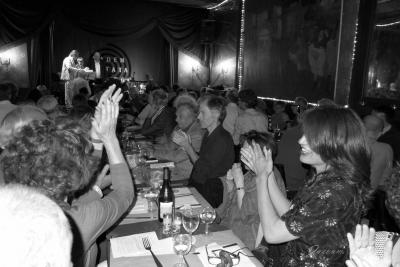 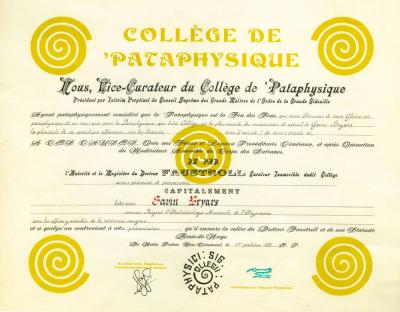 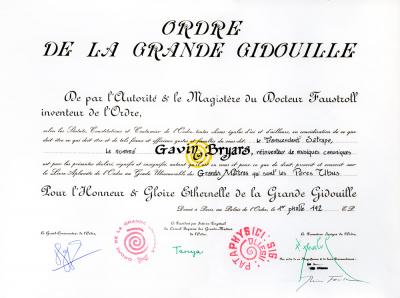 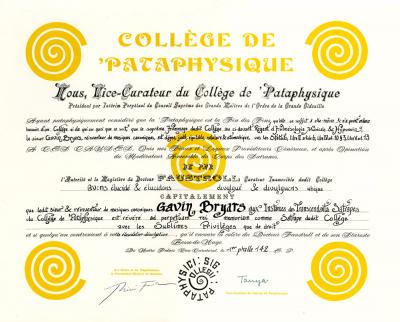