I’ve just received from France a recording of the solo piano concert that I performed at the Pompidou Centre on November 9 2009. There is a photo on the cover of the CDR.

It reminded my that I have a photograph, taken by the photographer Jim Cranmer, of what was probably the only other solo piano recital I gave – at Northampton College of Technology and School of Art in late 1966. I performed some of Cage’s Sonata’s and Interludes for prepared piano (possibly the first in England!) as well as some of my very early pieces – the one illustrated was with electronics and tape loops. I was assisted by Ron Geesin (who became a friend after we’d met when he was playing at Greasborough when I was house bassist) and Alan Mayes, a physics teacher at the college. 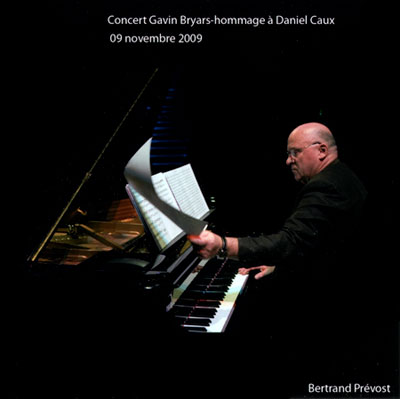