The recording that I made with Percussions Claviers de Lyon in May is released in UK and Ireland on September 20 2010 (digital release September 19 2010) – New York (BCGBCD17). This will be released in European countries by Codaex later in September along with the recording made by Vox Altera of my Second Book of Madrigals, plus the first of the Fourth Book, Al suon dell’acque scriva (BCGBCD16).

BCGBCD16 was released in UK and Ireland, and digitally, in July 2010. Both groups will be giving live performances of the works on these albums over the coming months.

Percussions Claviers de Lyon is performing the new piece I wrote for them (At Portage and Main) in Berlin (Konzerthaus, October 1st) and in Montreal (Salle Claude Champagne November 20th) 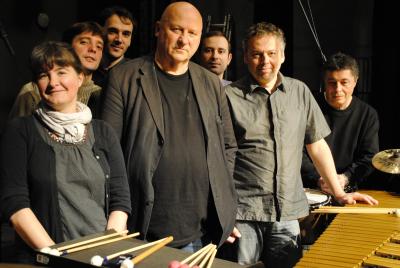