Although I generally prefer to perform with my own ensemble, there are occasions when I work with other ensembles as a player, or with larger groups – orchestras, chamber orchestras – as conductor.

My conducting debut (apart from directing student ensembles when I was teaching) was at the Royal Festival Hall in 2004 when I conducted a concert with the London Sinfonietta at the end of a tour they had done with the Estonian conductor Olari Elts and which featured the work I had written for Runi Brattaberg From Egil’s Saga. Olari was not available for the last concert, which had been added after the original schedule had been drawn up and so I took over.

Arvo Pärt: If Bach had been a Beekeeper

After that I conducted Jesus’ Blood Never Failed Me Yet several times – with the Orchestre de Picardie (Opéra de Lille), Opéra de Rouen, Ictus, Copenhagen Philharmonic Orchestra (three times in the same evening!). I also conducted Trondúr I Gøtu in the Faroe Islands with the chamber orchestra Aldúbaran, and soloists Eivør Palsdottir and Rúni Brattaberg.

I will conduct this last piece as well as From Egil’s Saga in the Faroe Islands in October 2010 for both live performance and recording.

I also conducted The Porazzi Fragment at the Canberra Festival in 2013, a concert that was otherwise entirely of the music of Wagner (Prelude and Liebestod from Tristan und Isolde, and the third act of Parsifal).

In March 2015 when I was guest composer at the Adelaide Festival, I conducted a whole evening that concluded with a 40 mionutes version Jesus’ Blood Never Failed Me Yet in part two, and with a first part that had the following programme:

Pärt: If Bach had been a Beekeeper

Bryars: Ennelina’s Aria, and Epilogue from the opera G 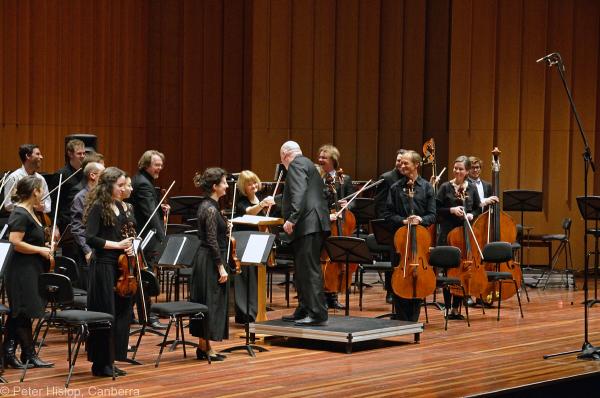