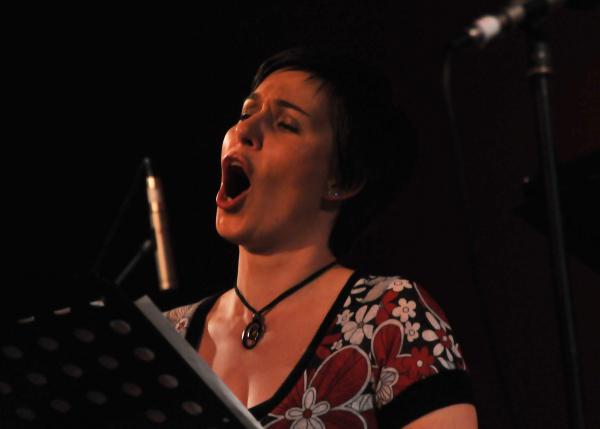 Anna Maria Friman recently completed a PhD at the University of York (UK), on the modern performance of medieval music by women. For six years she taught singing and coached vocal ensembles at the University. Anna now lives in Norway and will give occasional workshops in York over the next year.

Anna is a member of the Scandinavian vocal ensemble Trio Mediæval that specializes in medieval music from England, France and Italy, contemporary works and Norwegian traditional songs and ballads. The trio has released 3 CDs on ECM Records. ‘Words of the Angel’, (2002) ‘Soir dit-elle’ (2004) and ‘Stella Maris’ (2005) immediately went to The Billboard Top 10 Bestsellers list.

The trio has performed in venues such as New York’s Carnegie Hall and Merkin Hall, Washington DC’s Kennedy Center for the Performing Arts, Wigmore Hall, Canterbury Cathedral, the Vienna Konserthaus, the Oslo Concert House, Antwerp’s deSingel , Amsterdam’s Muziekgebouw, Girona Cathedral, Gothenburg Domkirke and Turku Cathedral. In November 2005 the trio mediaeval performed four shows at the Brooklyn Academy of Music in New York together with the German musikFabrik in ‘Shelter’; a Contemporary Oratorio with projections, with music by the American composer-trio Bang on a Can (Julia Wolfe, David Lang and Michael Gordon). In June 2006 the trio performed with Tord Gustavsen Trio in a world premiere collaboration concert in Harstad, at the Festspillene i Nord-Norge. Tord composed the music; ‘musical miniatures’ with lyrics by the Sufi poet Jelaluddin Rumi (1207-1273). In 2008 the two trios met again, during the Festspillene in Bergen, where the trio medieval was the ‘Artist in Residence’ for two weeks, and later at the Festspillene i Elverum.

Anna has performed at Balejazz and at Dalsfjord uka in a duo format with the Norwegian trumpet player Arve Henriksen.

A programme of music by the legendary 14th century composer Ciconia made its first appearance at York last Autumn performed by The Ciconia Ensemble and the student group Yorvox. In the future it will be available as a secular programme with this line-up, or in a version including mass movements and motets that can be done in collaboration with local choirs or ensembles. For the secular programme the group will be joined by the Norwegian soprano Linn Andrea Fuglseth (trio mediaeval).