A live performance of Gavin Bryars conducting the Adelaide Symphony Orchestra. It was the first part of a full evening concert in which the second half consisted entirely of Jesus’ Blood Never Failed Me Yet for full orchestra and the first part comprised shorter works by Bryars and his composer friends Arvo Pärt and Howard Skempton. It was recorded during the time that Gavin Bryars was guest composer at the Adelaide Festival of Arts in 2015.

When I was guest composer at the 2015 Adelaide International Festival I gave many performances in a relatively short period of time. There were three performances of the Canadian production of my chamber opera Marilyn Forever, in which I get to play double bass in the on-stage jazz trio each night and which was the first live performance to have been given in the historic ABC radio studio. This was followed by two full evenings of performances with my ensemble in the Elder Hall, augmented on the second night by a number of fine Australian musicians. And for the last performance during my stay in Adelaide I conducted a full evening’s concert with the Adelaide Symphony Orchestra in the Town Hall featuring, in the second part of the evening, just one work, a rare full orchestra performance of one of my earliest, and perhaps best-known pieces Jesus’ Blood Never Failed Met Yet.

This recording is of the first part of that concert, in which I conducted orchestral works that are more recent, some almost like large-scale chamber pieces, and there was the first performance in the original English of two arias from my third opera ‘G’ – until now performances had been in German. I also included works by two friends, Howard Skempton and Arvo Pärt who, perhaps like me, have emerged in a new and different way from a relatively obscure past.

The other Adelaide Hall – in performance with Gavin Bryars 1987 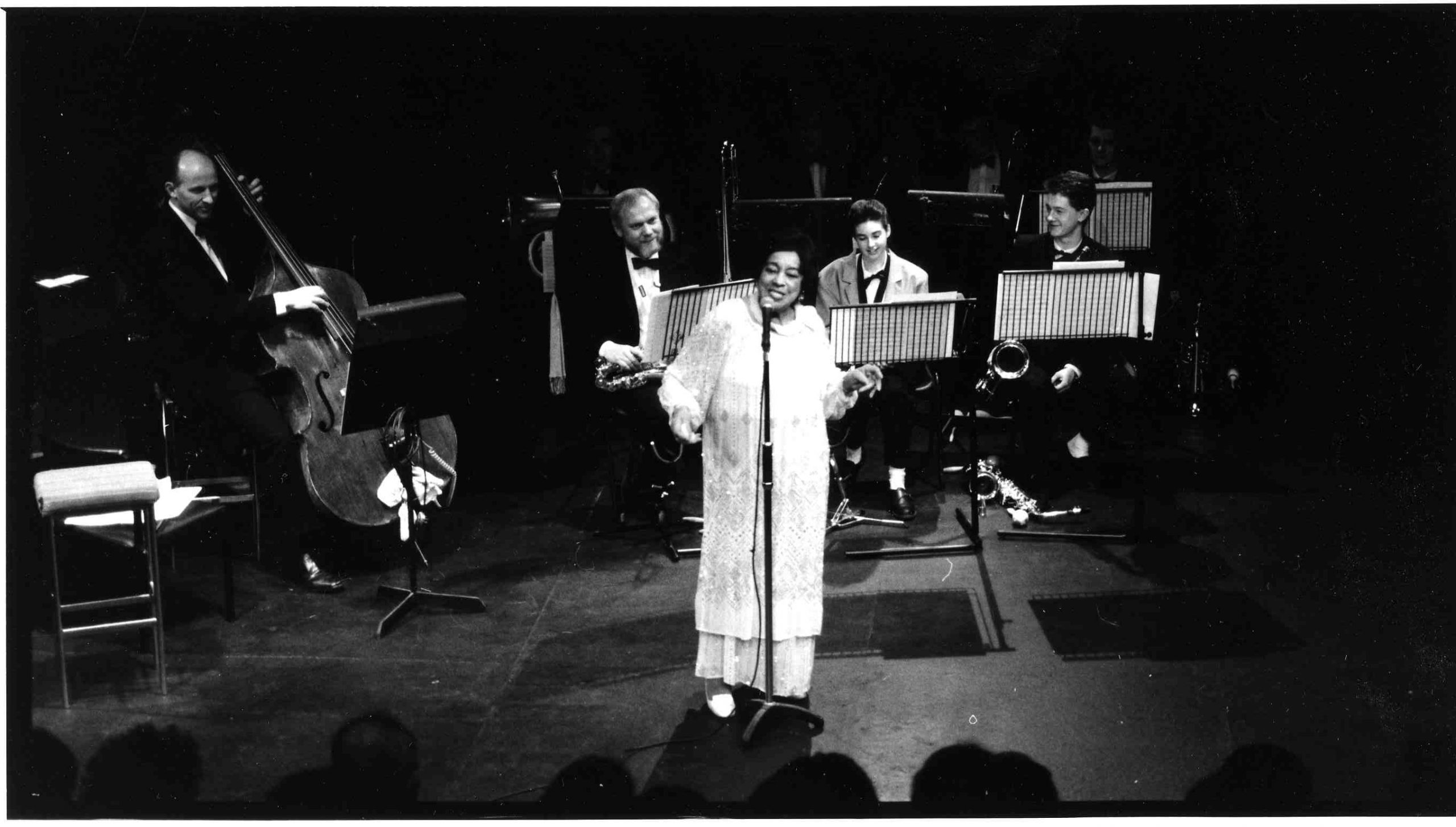