A set of pieces for 4 players: saxophone (various), viola, cello, piano based on music by Purcell and Gluck.

The music for Dido and Orfeo involves a reworking of music from Purcell’s Dido and Aeneas and Gluck’s Orfeo ed Euridice, just as my previous collaboration with Edouard Lock, Amjad, took the Romantic ballet – Tchaikovsky’s Swan Lake and Sleeping Beauty as its source.

The music is for a small ensemble, four players, playing saxophones (soprano, alto, tenor/baritone), viola, cello and piano. The original performance and subsequent touring performances, were directed by pianist Njo Kong Kie, who also directed Amjad. The other performers were viola (Jennifer Thiessen, who also performed with Amjad), cello (Jean-Christophe Lizotte) and saxophones (Ida Toninato – who plays soprano, alto and tenor saxophones. I subsequently replaced the tenor with baritone sax, as this is Ida’s preferred instrument).

This is the third of my collaborations with Edouard, all of which have involved references to earlier music, and we plan more for the future.

V To the hills

VII Prelude for the witches

VIII In our deep vaulted cell

IX Thanks to the lonesome vales

X Oft she visits – not used in dance

XIV After the Witches’ Prelude

XIX (XV) Dance of the Furies

XXV (XX) Dance of the Heros – not used in dance

In the dance performance the sequence was sllghtly different, and some numbers were not used

V To the hills

VII Prelude for the witches

VIII In our deep vaulted cell

IX Thanks to the lonesome vales

XVIII Dance B (from Orfeo, not Dido))

After the Witches’ Prelude (film)

XV Dance of the Furies 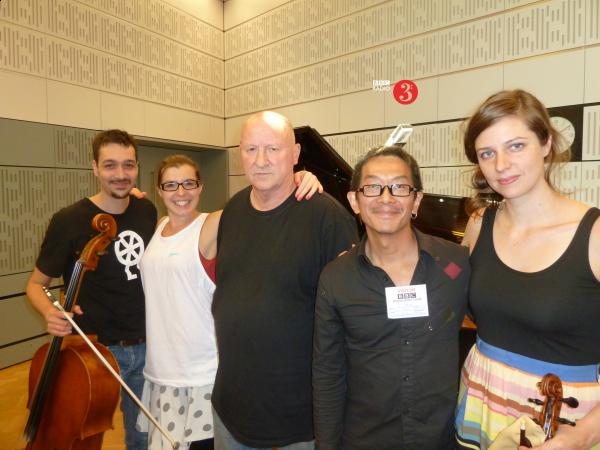