Fifth Book of Madrigals (“I Tatti”)

The Harvard University Centre for Italian Renaissance Studies – the Villa I Tatti near Florence – has commissioned a number of madrigals from me over the last nine years. The moving spirit behind all these commissions has been the centre’s remarkable music librarian, Kathryn Bosi. The first was for the Italian group Vox Altera, who recorded this 8-part madrigal along with the whole of my Second Book (BCGBCD17). Since then I have written eight 6-part madrigals for the German group Singer Pur: four in 2009 and four in 2011. In order to have a complete book three more madrigals have been added to make a book of eleven madrigals The full list is:

(2011; 6-part – for the 500th anniversary of the birth of the architect Ammannati, husband of the poet Laura Battiferri)

2013; 6-part, STTTBarB – these continue the pairing of Bronzino and Battiferri, with the addition of a poem by Michaelangelo Buonarroti il Giovane whose setting by Caccini is lost, suggested to me by the scholar and musicologist Janie Cole, who I met through Kathryn Bosi at I Tatti. 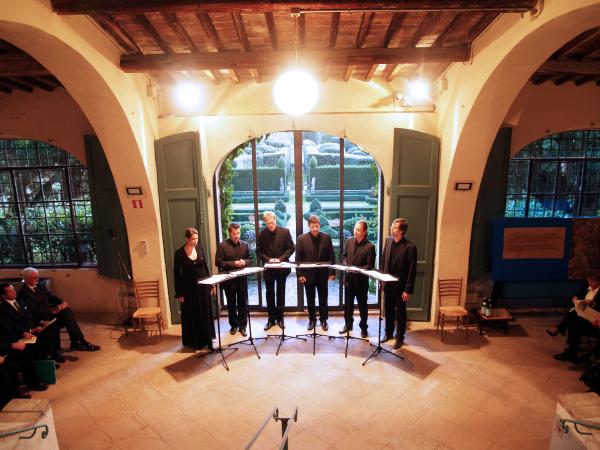