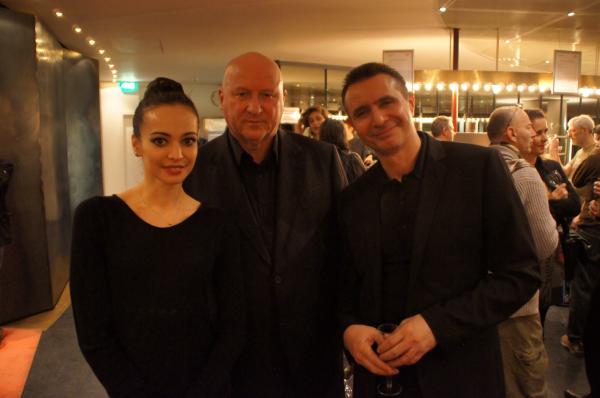 The new project with Edouard Lock, which has no title, looks to the Baroque and involves a reworking of music from Purcell’s Dido and Aeneas and Gluck’s Orfeo ed Euridice, just as our previous collaboration,Amjad, took the Romantic ballet – Tchaikovsky’s Swan Lake and Sleeping Beauty as its source. As Edouard has said, baroque musical structures tend to lend themselves well to contemporary dance and offer points to which contemporary choreography can attach itself, while avoiding period mannerisms. Our very first collaboration, 2 in 1995, had looked at a different area of the baroque, putting works by Rameau alongside music that I had written related to that music, scored for traditional and amplified harpsichords.

The music is played live by a small ensemble, four players, directed by pianist Njo Kong Kie, who also directed Amjad. The other instruments are viola (Jennifer Thiessen, who also performed with Amjad), cello (Jean-Christophe Lizotte) and saxophones (Ida Toninato – who plays soprano, alto and tenor saxophones, though I am replacing the tenor with baritone sax, as this is Ida’s preferred instrument – and mine!).

In addition to the dancers of La La La Human Steps there is also a guest soloist for a number of performances – Diana Vishneva, the great (arguably the greatest) Russian ballerina of our time (see picture on Journal).

It opened in Amsterdam, January 5th 2011, and elsewhere in Europe until mid-March. After that it will tour extensively throughout the world over the next couple of years. See Schott Calendar on my web site for details.